Posted at 01:02h in Engineering, Music by aaronshahi 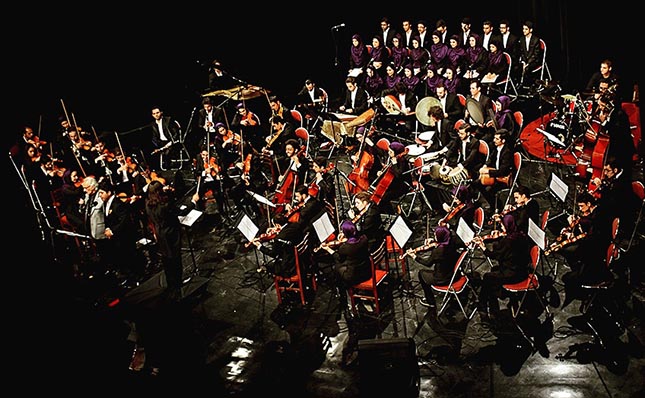 We met Ali Mohammadshahi, an industrial engineering undergraduate student from the Iran University of Science and Technology (IUST) during the summer of 2016, in Montréal. He was one of the 49 international students admitted to the Summer School on Innovation and Technological Design, a one-month intensive graduate engineering course given at the École de technologie supérieure (ÉTS) in Montréal. During his stay, Ali expressed interest in pursuing his Master’s thesis at ÉTS. His research project proposal is very unusual: he wants to do research to improve the efficiency of classical music orchestras by applying industrial engineering processes. Ali also has an unusual background: he will graduate as an industrial engineer in a few months, and he is also the youngest classical orchestra conductor in his country!

How His Music Career Started

Ali started to learn music when he was 6 years old. He was impressed by Iranian music and songs. His parents (two electrical engineers) thought he may have a musical talent, so they enrolled him in classical piano lessons. Since he showed interest in Iranian songs, he began to follow singing courses at 8 years old. Knowing how to play the piano was not enough for him. He started to learn percussion with a Tombak and to play the Tar, an Iranian music instrument. This instrument is somewhat like a guitar with 6 strings. The more instruments he was playing, the more curious he became about other instruments he did not yet know. One day, these instruments were not enough and he found he really wanted to work with all of them at the same time. So he started to learn composing.